Every beginning is hard – also for little dinosaurs. They hatch from the egg and are a little clumsy at first. But that’s exactly what creates the cuteness factor of Dinosaur Park: Primeval Zoo.
That’s why the development team put a lot of time and effort into animating the dinosaurs for the new gaming app.
Today we want to show you how such a little dinosaur “sees the light of day” – in a virtual sense, of course.

First, the game designers decide which dinosaur will appear at which level in the course of the game. They pass their list on to the graphics department and 3D art experts get to work. The 3D artists create the so-called concept art – digital sketches that serve as examples of a certain graphic style. The game design specification for Dinosaur Park: Primeval Zoo was: Cute dinos in bright colors and cartoon-like proportions. 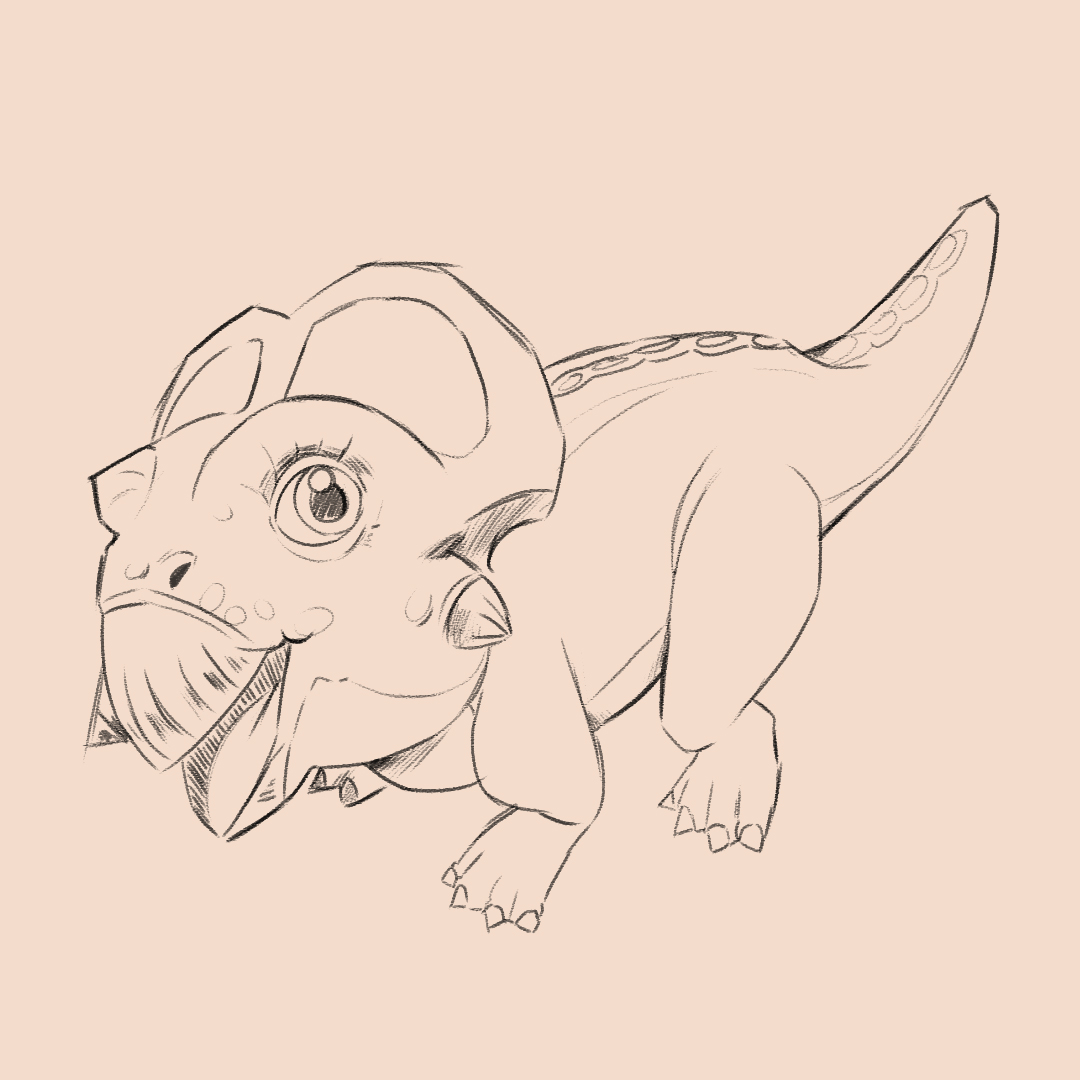 This is what the first sketches for Protoceratops look like. 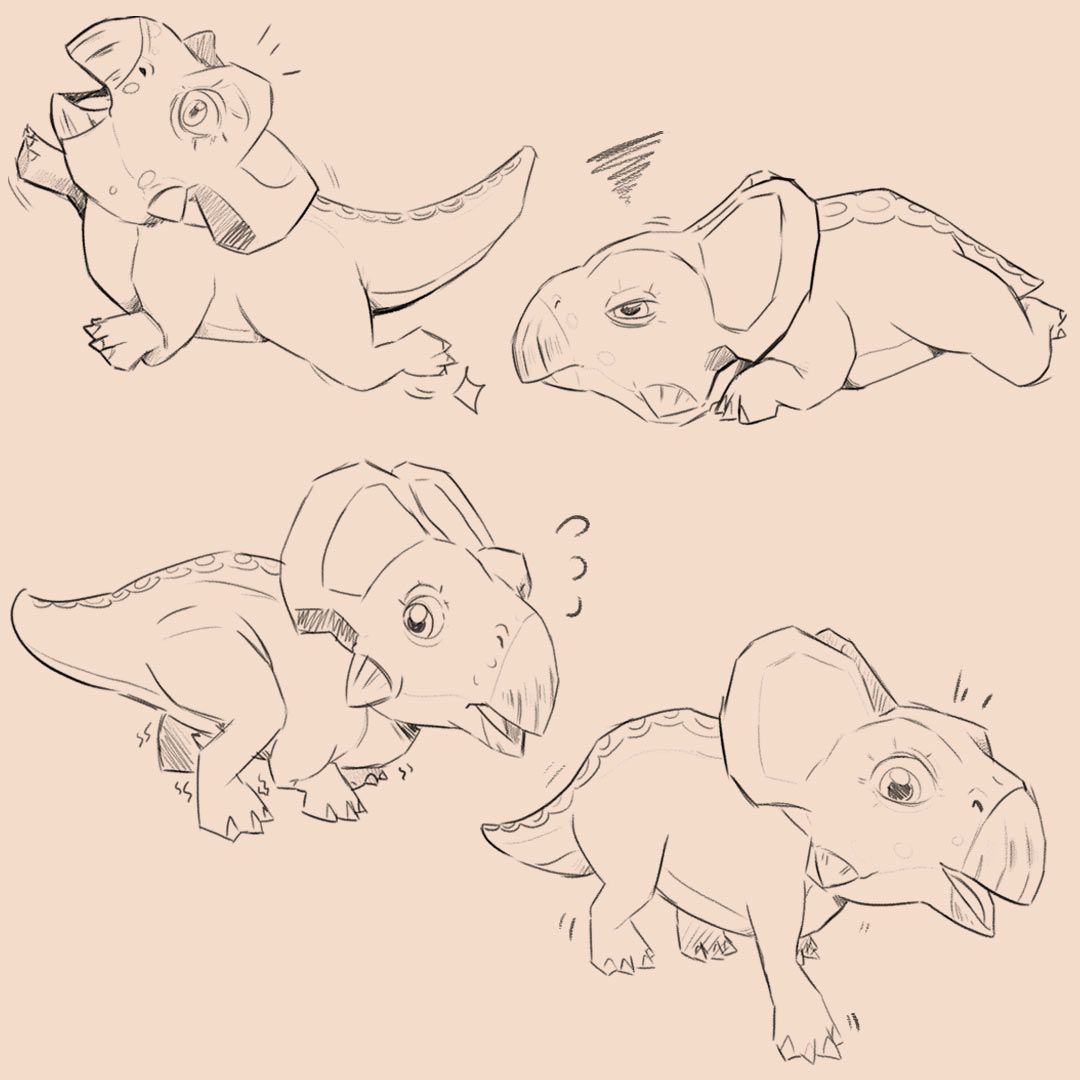 Since it has a little stumble in the animation, the movements of the dinosaur were already illustrated here. 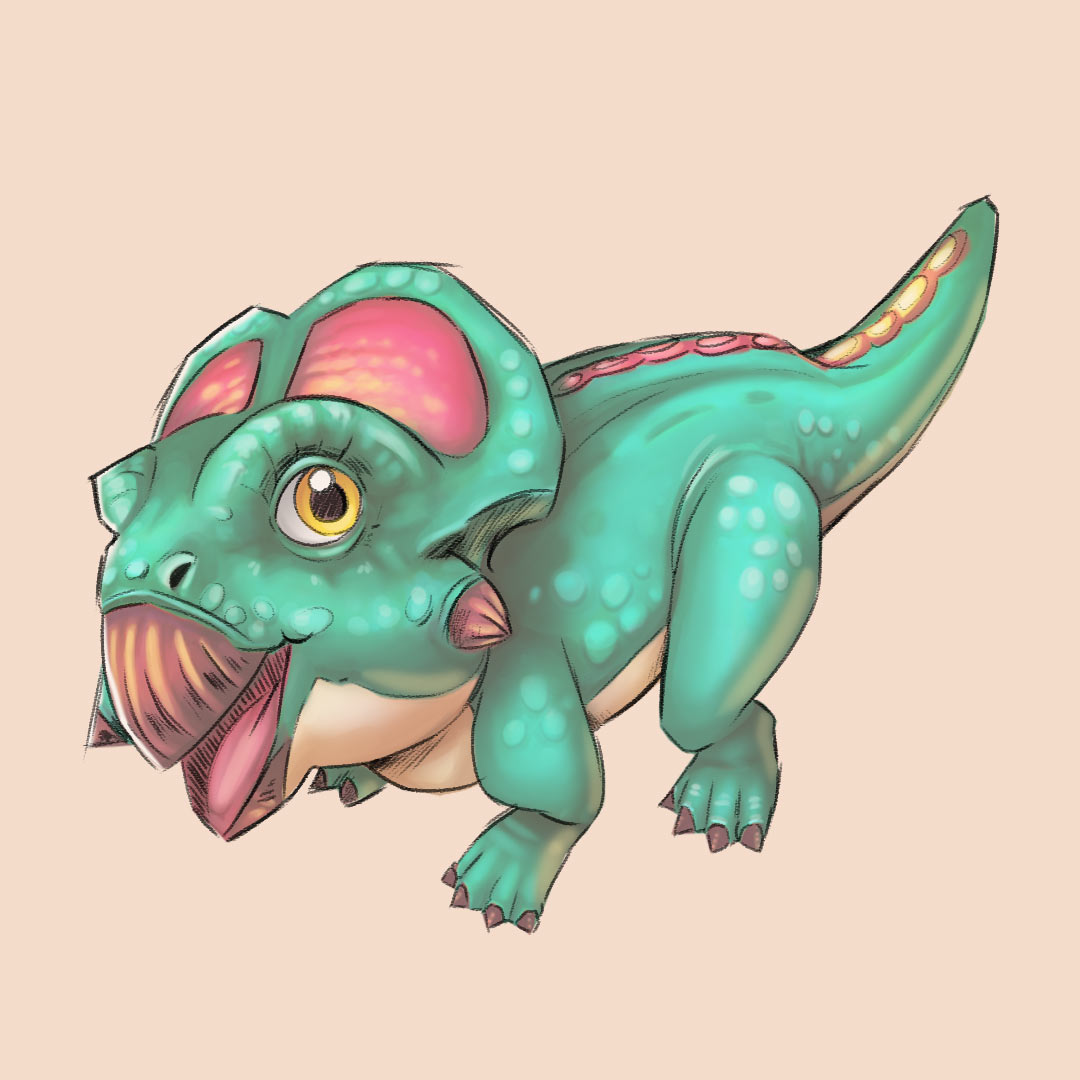 Later, the colors for the Protoceratops will follow. They are not quite true-to-life, since the graphics of Dinosaur Park: Primeval Zoo are comic-like.

From the sketch to the 3D model

Once the team has agreed on a style, the other primeval monsters will also be created in the same graphic style. The 3D graphic artists create the 3D models of the dinosaurs from the templates, because the app Dinosaur Park: Primeval Zoo is supposed to give you a view of the prehistoric world of dinos from all angles.

The 3D artists at upjers finally breathe life into the dinos by animating the graphics. This is done via the keyframe animation. The models have a so-called rig, i.e. a programmed skeleton. With this skeleton, the dino is placed in various poses and the software then calculates the intermediate animations. Every little movement from head to tail is brought into harmony, so that in the end a fluid motion sequence is created.

In order for you to be able to rotate the view in the game by 360 degrees, every dinosaur, every decorative element, and every enclosure must also be available as a 3D model. Painted 2D textures are then put on top of the 3D graphics. After all, there is a difference between the scaly dinosaur skin and the bone plates on their backs. It’s about the same with the flora and the different types of enclosures in Dinosaur Park: Primeval Zoo.

Now you know how elaborate it is to depict the multitude of animals with all their movements in the game. We hope you enjoyed this article. Here are more articles and links about Dinosaur Park: Primeval Zoo

How the 3D dinos were created

3 pro tips for a dinotastic UI