When the rough game concept for a new game is set, one of the most exciting phases for us begins: the creation of the graphics. They are the heart of the game – at least for outsiders. While the code remains invisible to the players, they are constantly interacting with the interface as well as with the characters and items that we have designed. In Dinosaur Park: Primeval Zoo, these are of course the dinosaurs.

So it’s time to unveil a little and show you who’s actually behind the beautiful dinos and primeval monsters – but also how much work goes into creating and animating them. Currently, there are mainly three 3D artists working on the dinosaur models at upjers. They are quite busy, but Selina found the time to answer our questions. 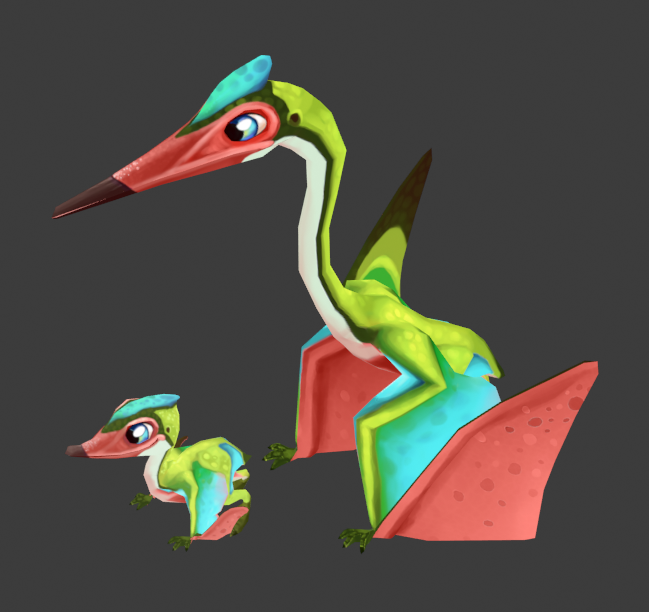 The Arambourgiania as a baby dino and as a grown up dino. 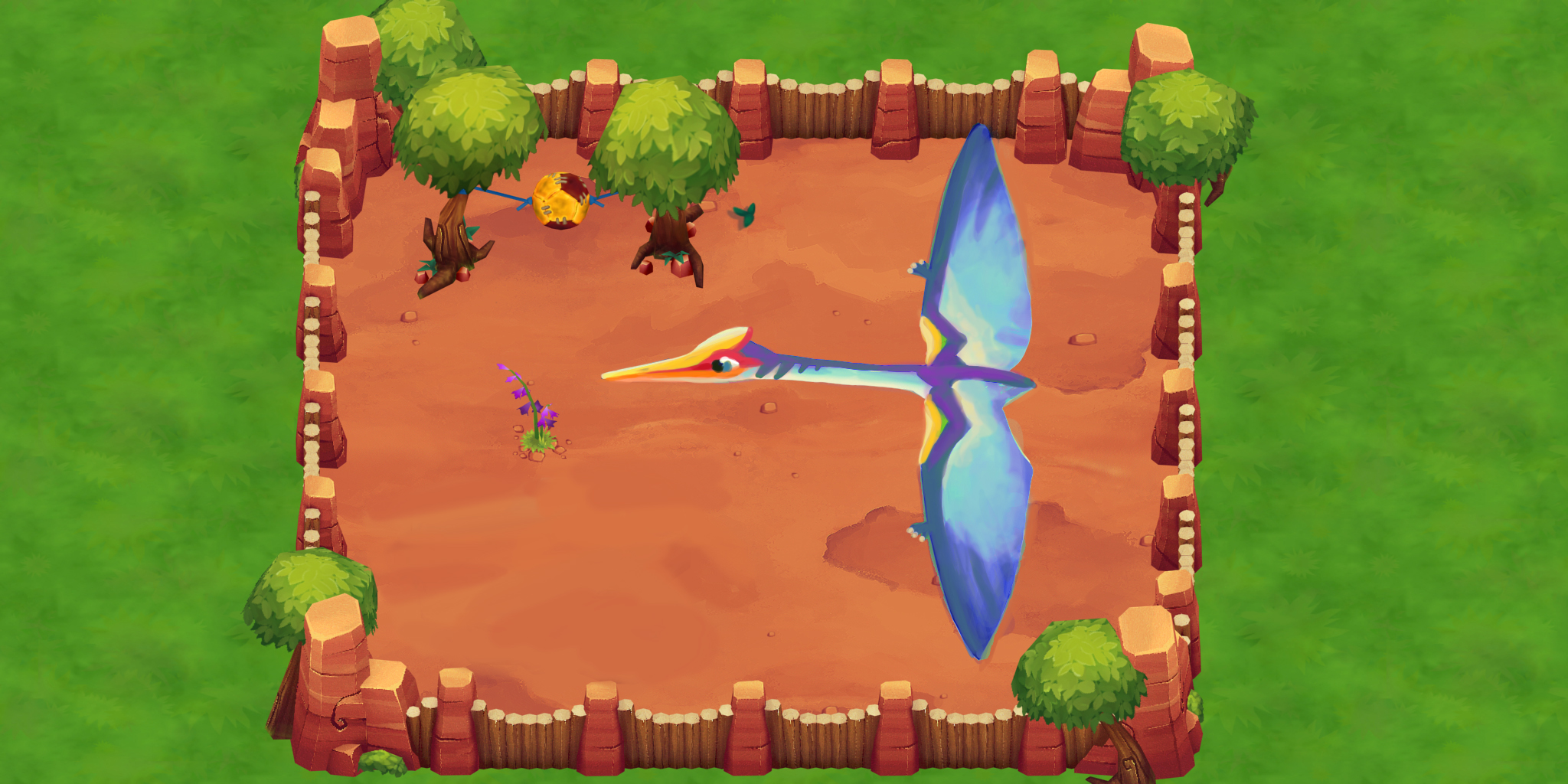 Here you can see the different steps of texturing the Arambourgiania. 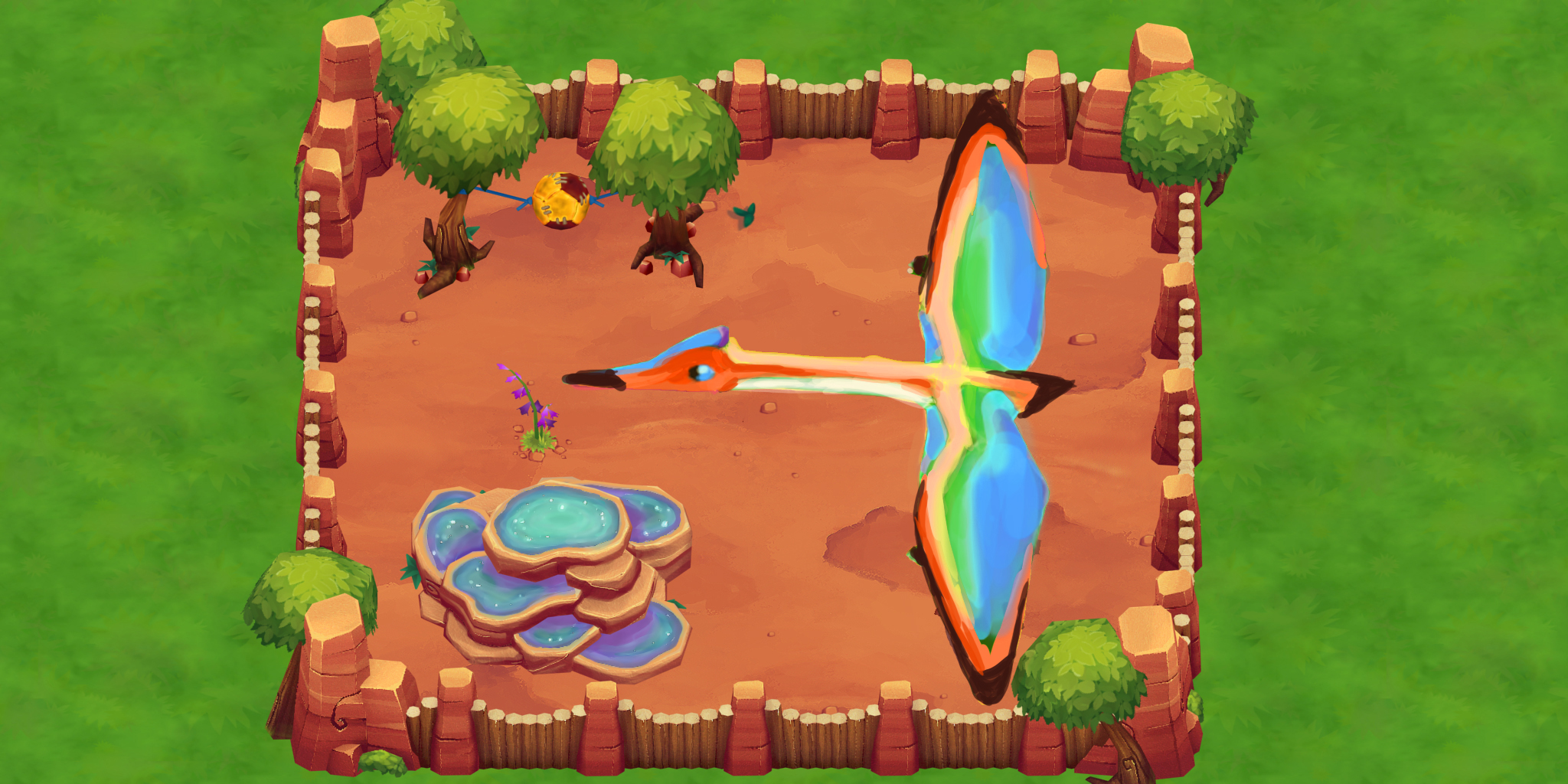 The pterosaur is getting some more colors and the enclosure gets an object. 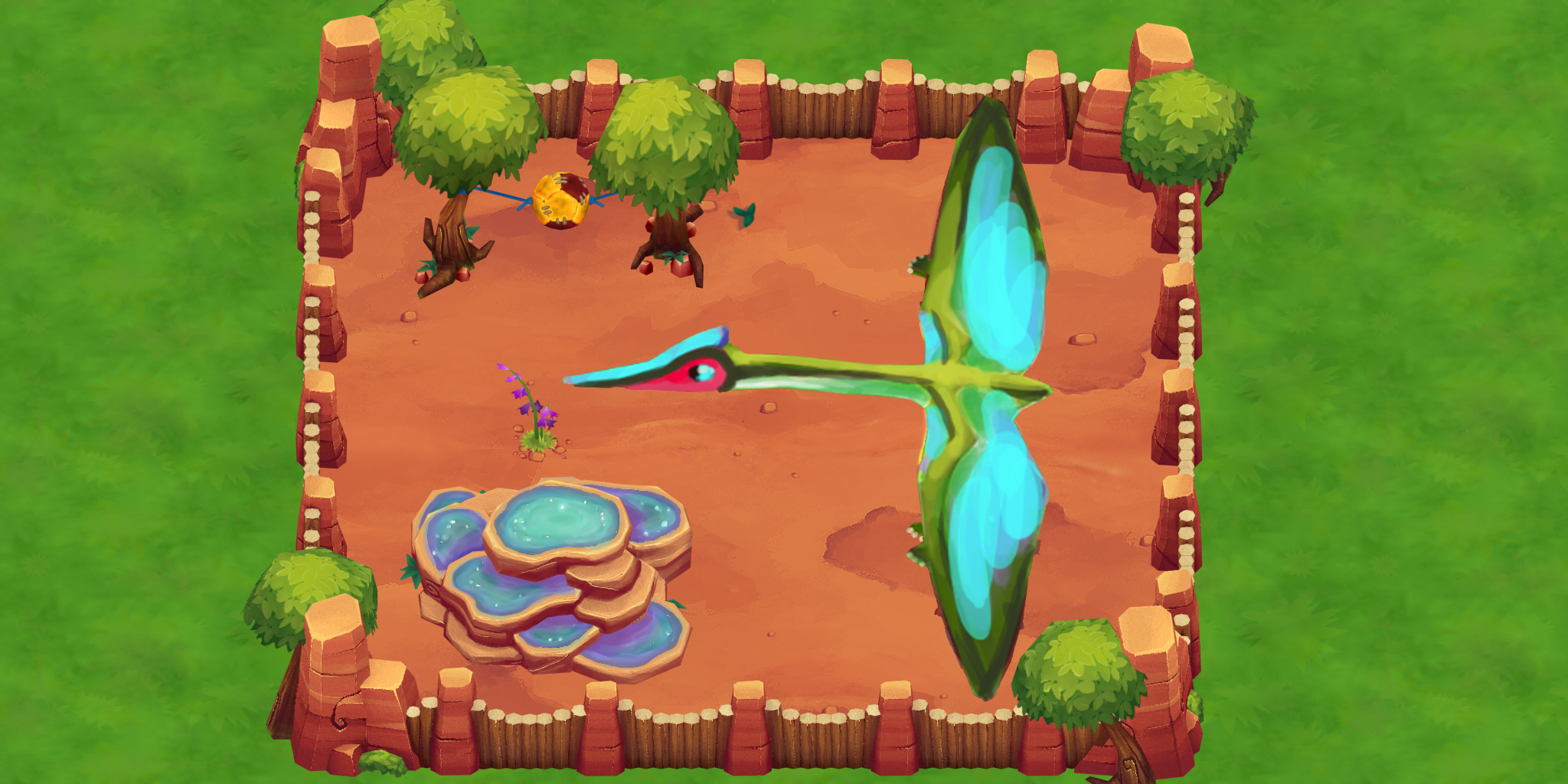 These are the final colors of the Arambourgiania.

What is the biggest challenge in designing the dinos for our game and why?

The conceptualization. Before starting the actual implementation, we look for a meaningful shape and an interesting, harmonious color scheme for each animal. The fact that shape, colors and pattern complement each other is the biggest challenge, but also the most exciting part of the design process.

What was the most fun part of creating the dino models?

The most fun for me – besides the concept at the beginning – are the finishing touches at the end, i.e. the details in the face and the fine-tuning of the colors.

Which is your favorite dino in the game and why?

There are many interesting dinosaurs, so it’s hard to narrow it down to one. Regarding the design point of view, I like the Altirhinus, which was created by my colleague Aljoscha, and regarding the cuteness factor, I like the Bambiraptor. 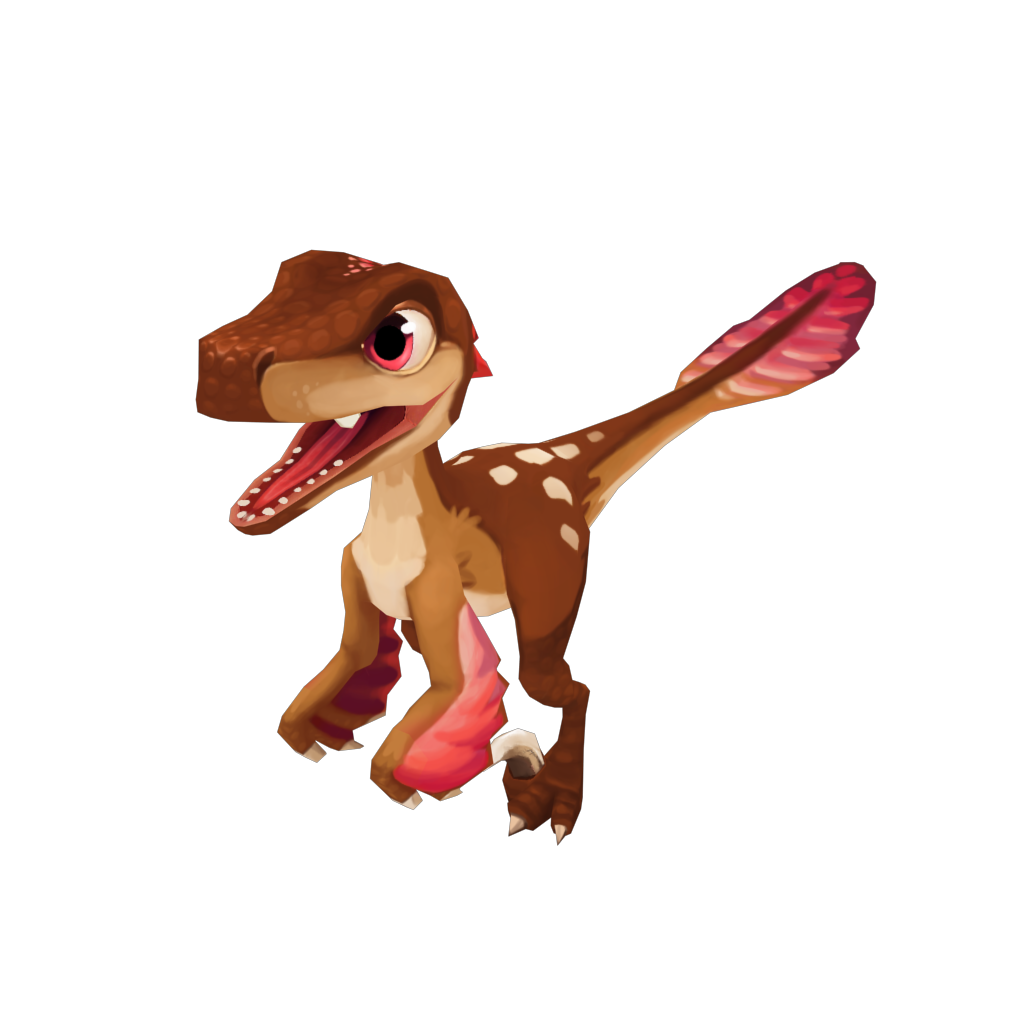 The Bambiraptor made by 3D artist Selina 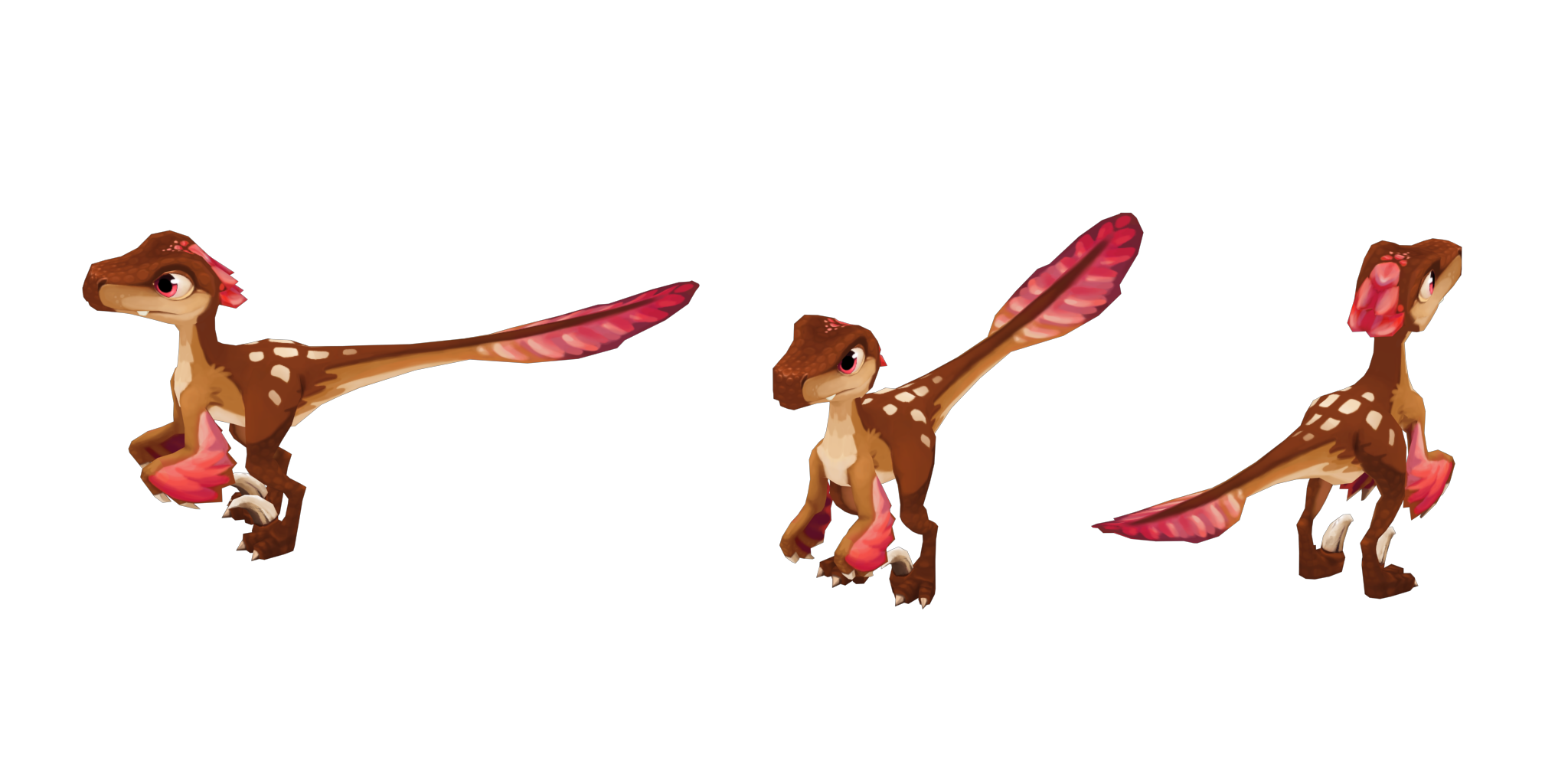 The cute dino from different angles. 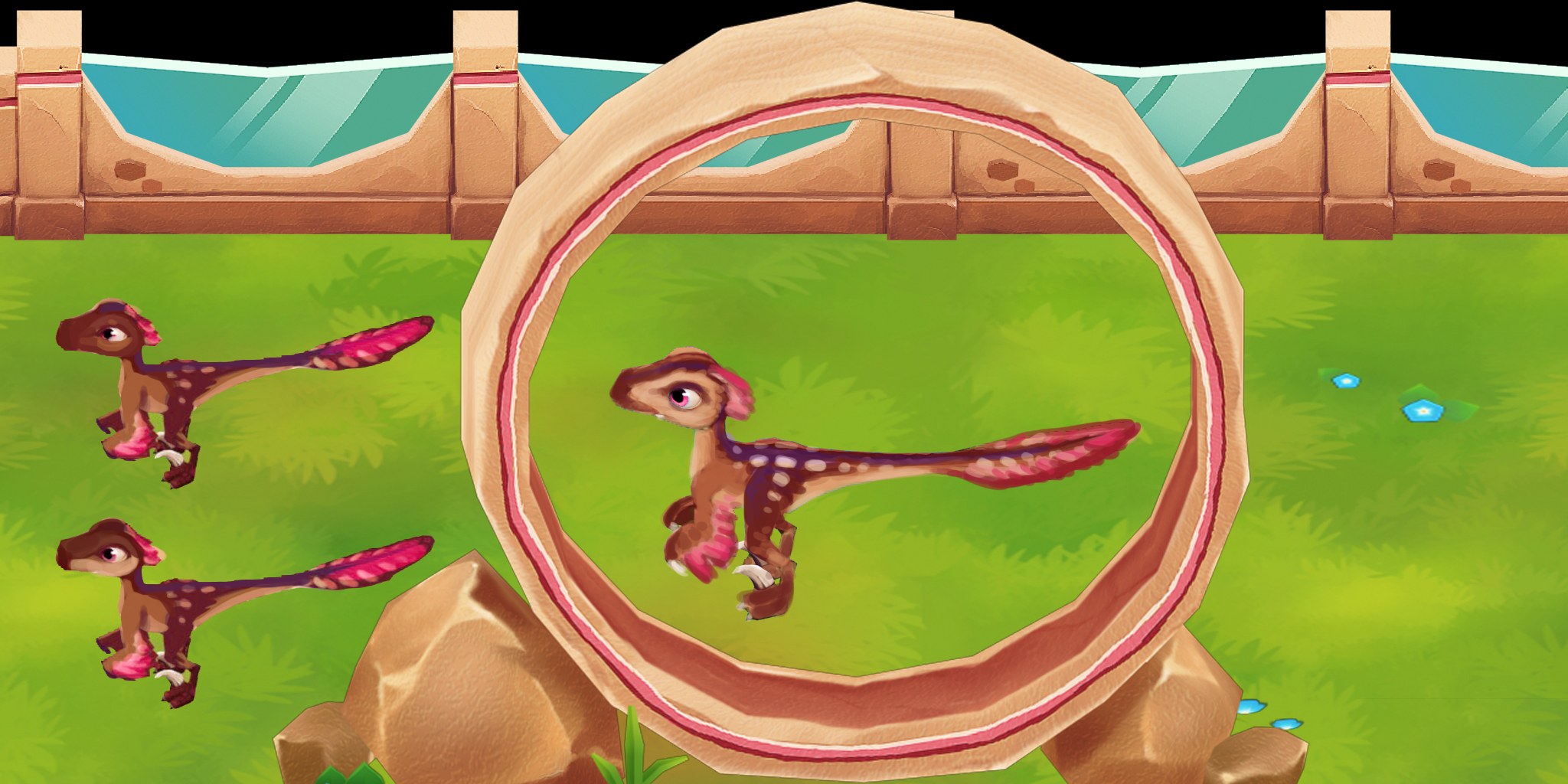 The Bambiraptor and its toy wheel.

The Altirhinus from our 3D artist Aljoscha.

How long does it take to create and animate a dino like this?

Since I am responsible for the creation and texturing of assets, I can only say something about that. For a complete 3D model without animation I need between 18 and 25 hours, depending on the dino. 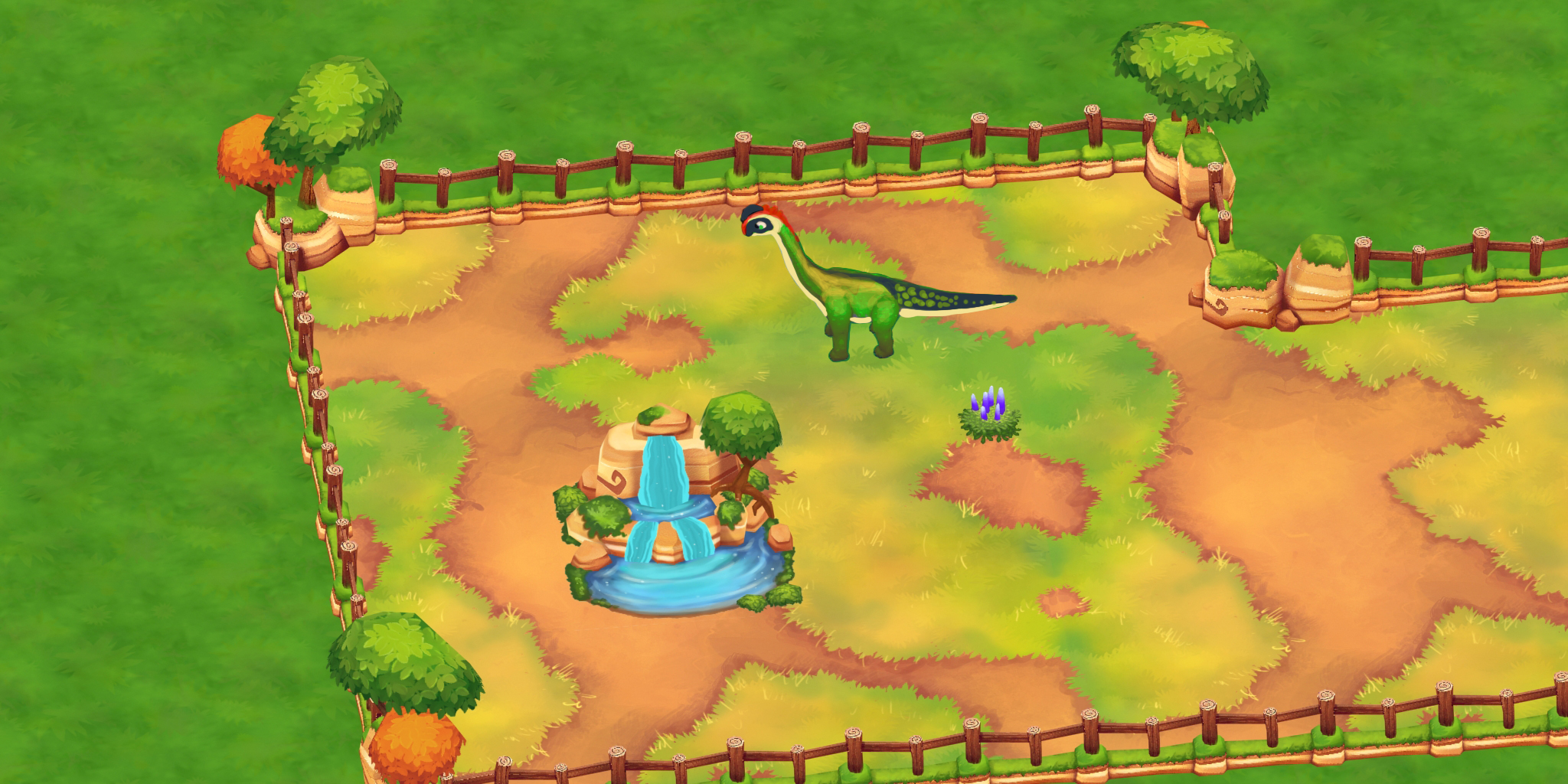 The first concept of the Europasaurus. 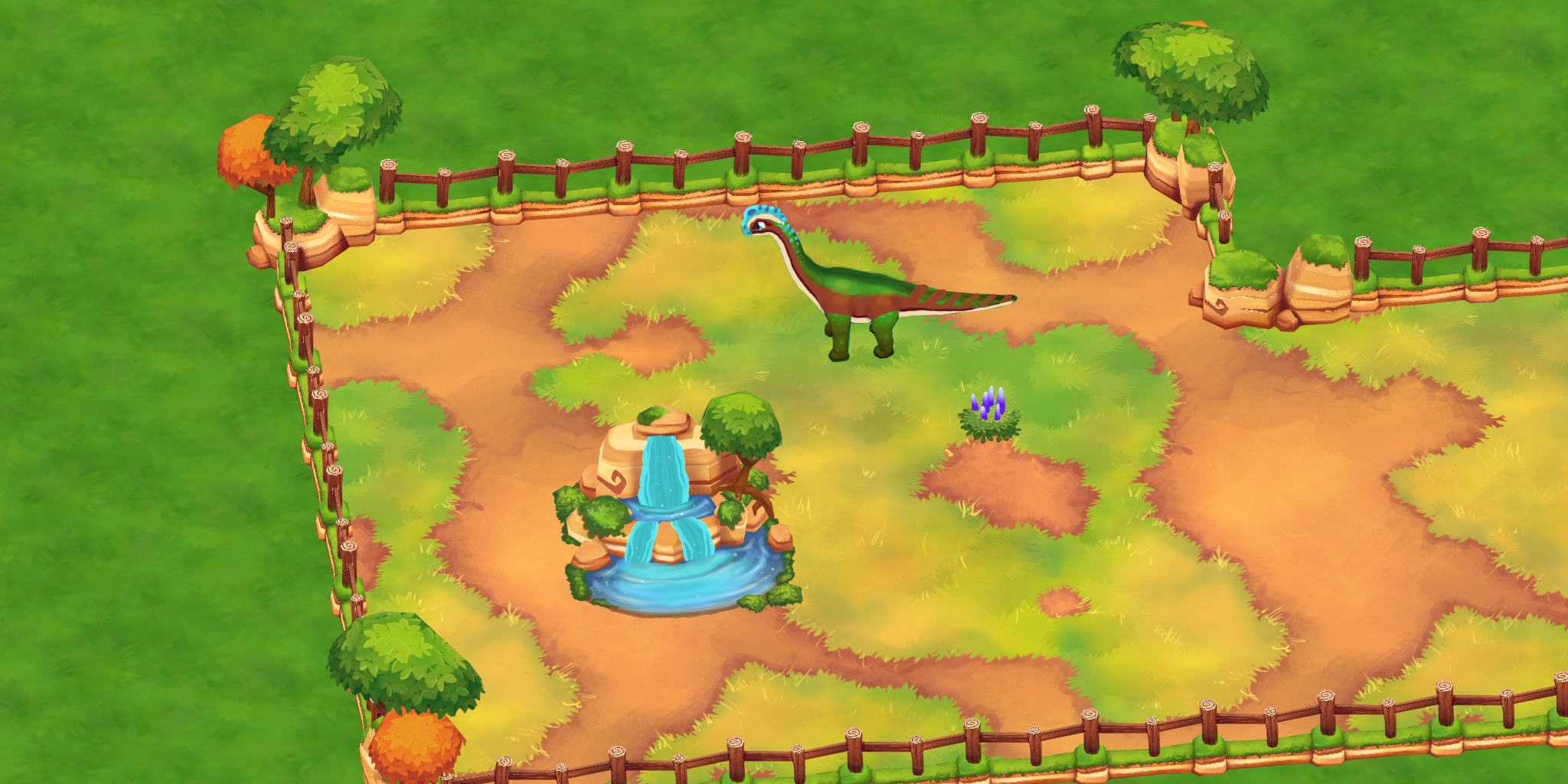 The texture for the dino. 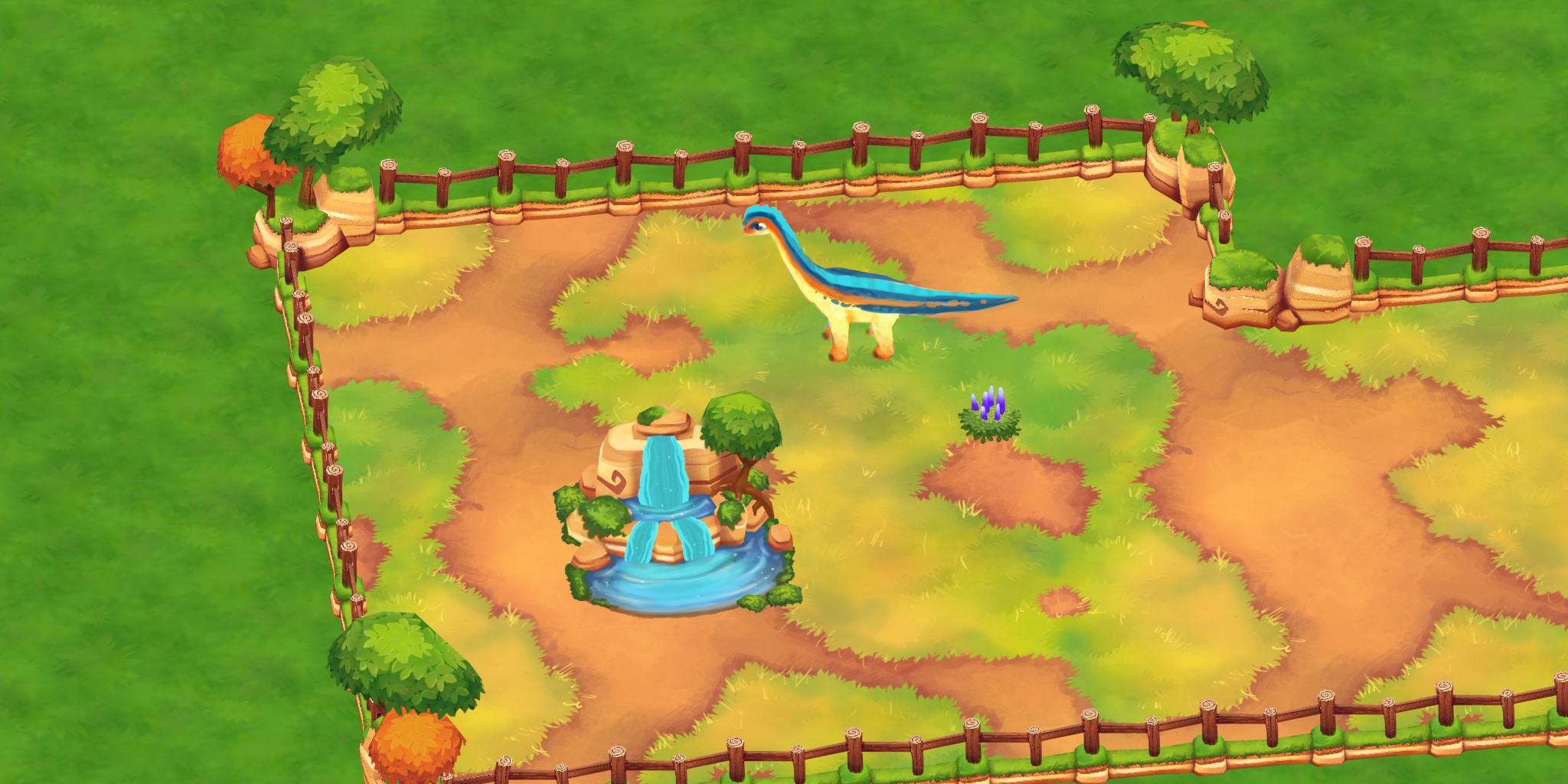 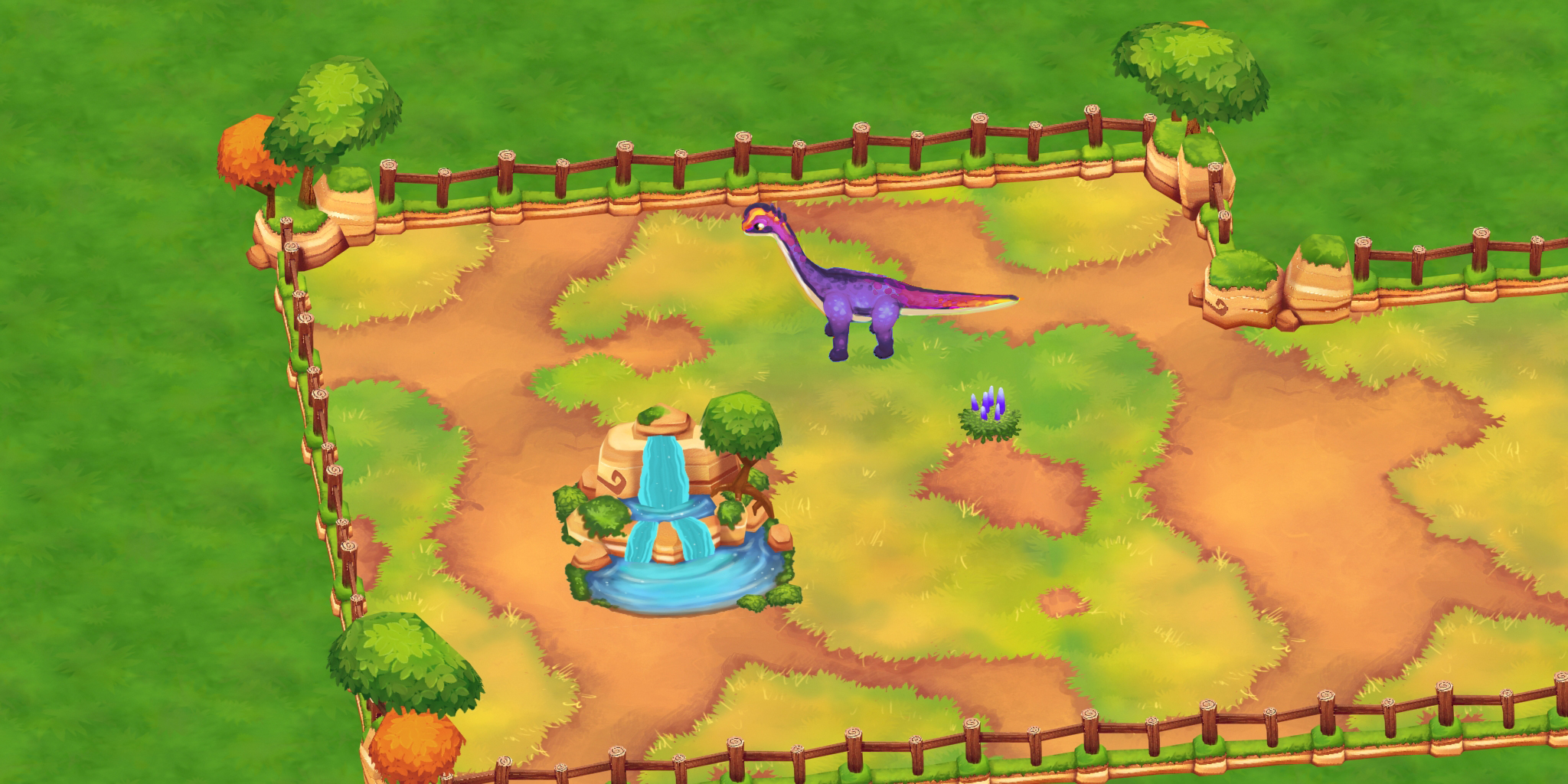 The final result: The Europasaurus in its enclosure. 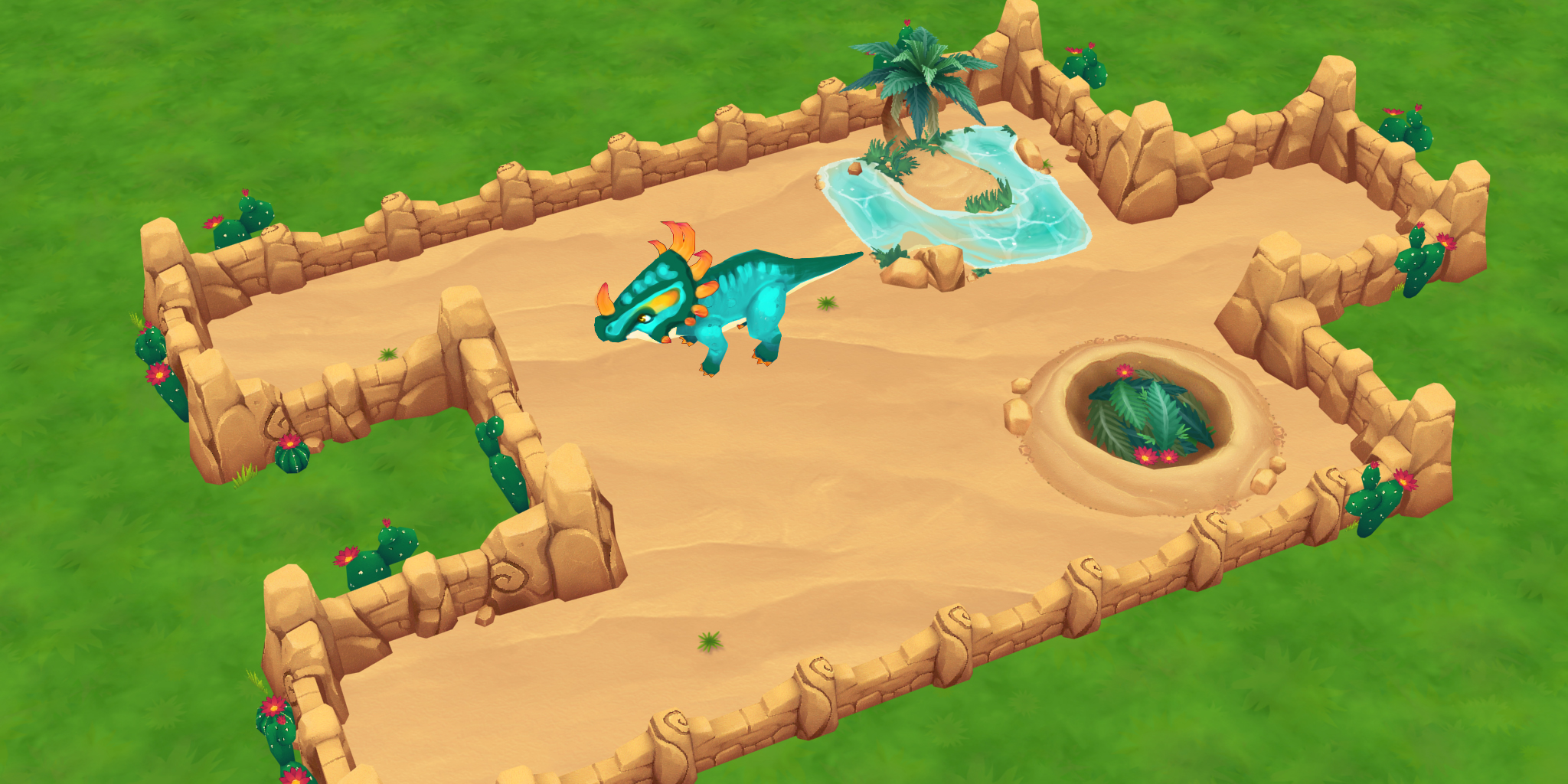 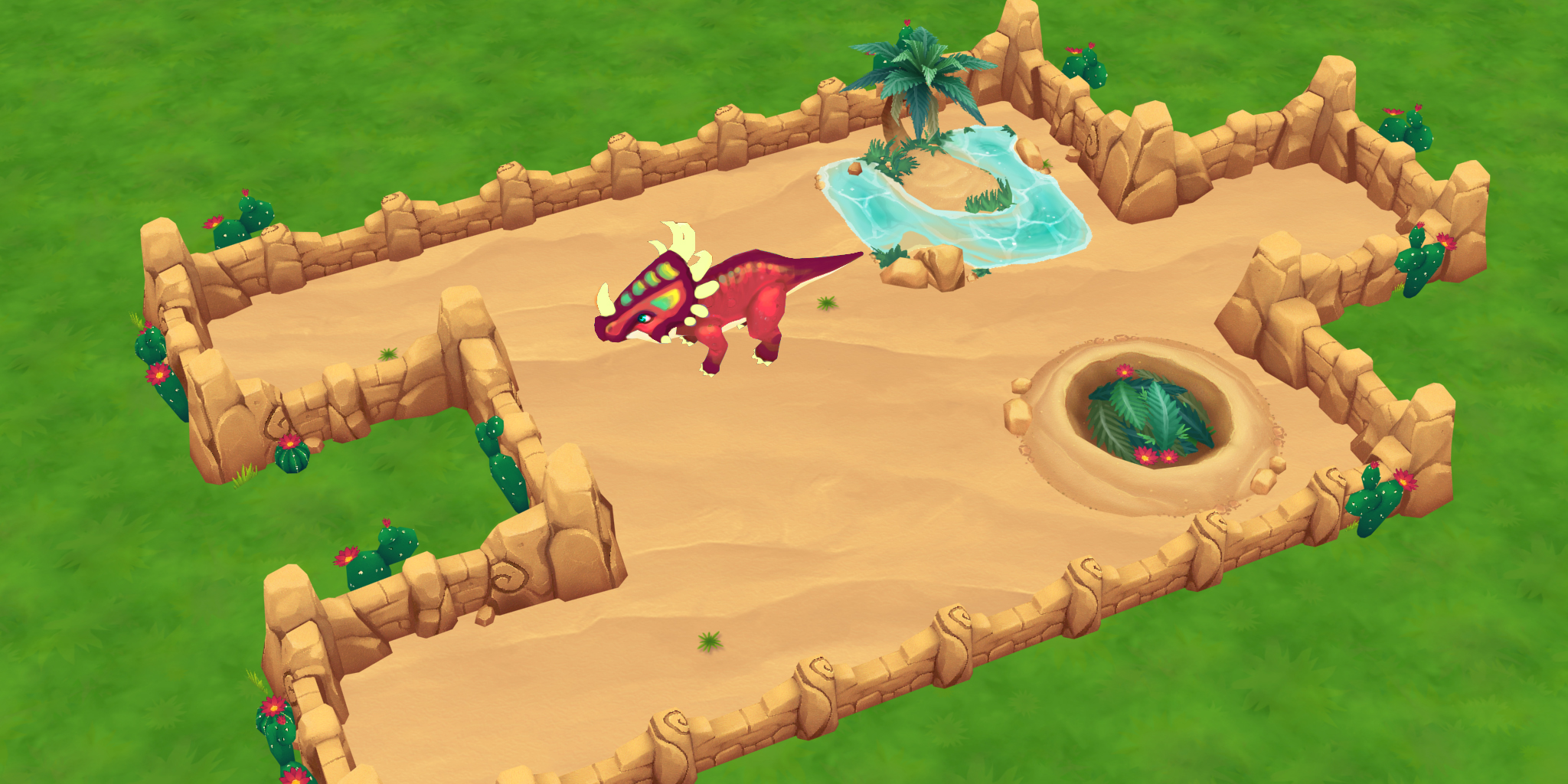 This was the next step... 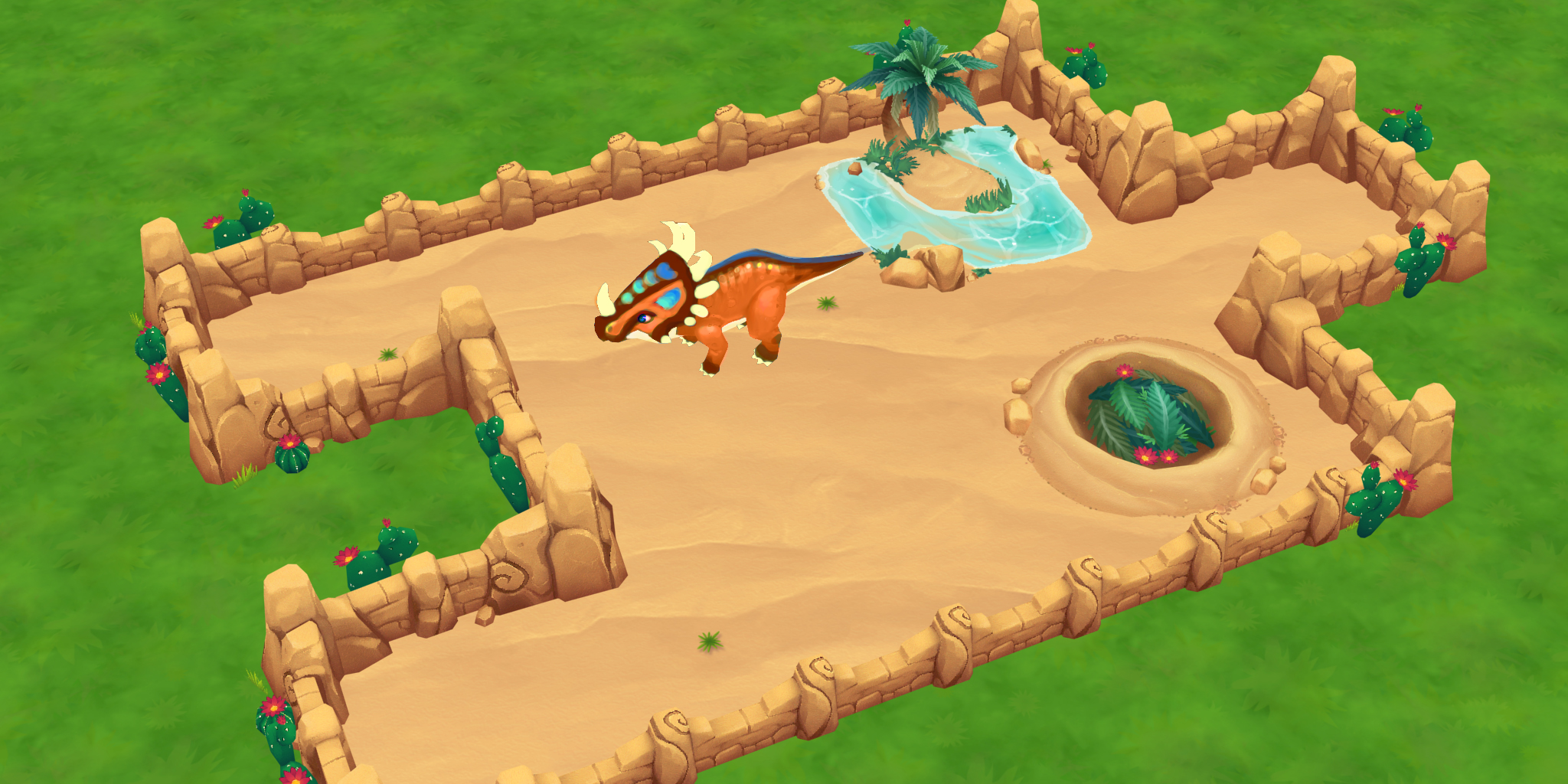 Here are two specimens of the Sinoceratops in their enclosure.

How the dinos learned to walk

3 pro tips for a dinotastic UI